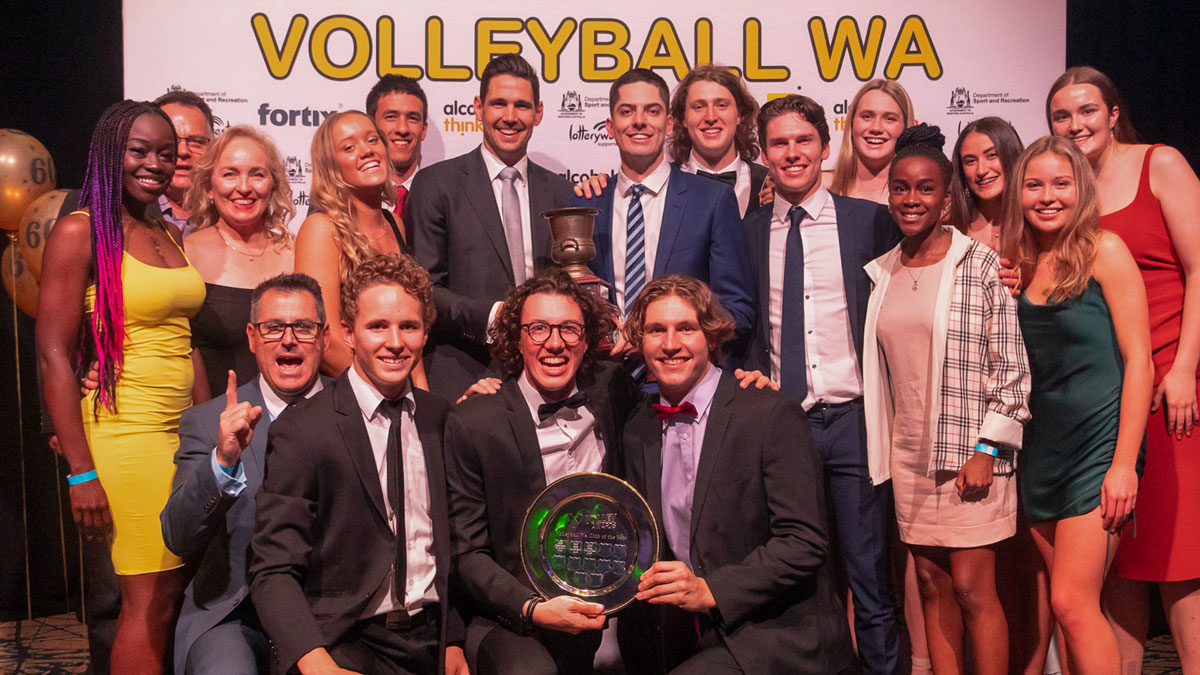 The event celebrated the 2020 volleyball season and recognised the achievements of various players, coaches, officials and clubs. The event also commemorated 60 years of the sport in WA.

The Robyn Fittock Indoor Club of the Year award recognises the Club that has recorded the strongest indoor volleyball results in 2020, whilst the Club of the Year is awarded to the Club or Association that has contributed most to the development and growth of the sport over the past year.

Reds President, Anthony Meo, accepted the awards on behalf of the Club and spoke on the resilience of all clubs following the COVID-19 lockdown.

“2020 has been a very interesting year of volleyball for Reds and for all clubs. It’s unfortunate that only one club gets to win this award this year.”

Meo thanked everyone involved at Reds for contributing to a sensational season of volleyball.

“Thank you to all of the Reds players, coaches, volunteers and Committee members for all your work in making this season a really awesome one for the Reds. It is a very special moment for the Reds to win these two awards.

A number of Reds and Reds Junior players, coaches and officials were recipients of various player achievement and recognition awards on the night.

The Reds wishes to congratulate all award recipients and thanks all Reds members for contributing to another highly successful season.