Smith enjoyed getting back to Aquinas to spend some time with the Reds State League squad.

“It was great to get back to the grassroots, where it all started for my volleyball career at Aquinas. To see the eagerness and spark in the eyes of the next generation coming through was super,” Smith said.

Head Coach of the State League Men, Jason Laverdure, was excited to have Smith involved with the group at training.

“Having Luke come and assist with training was extremely beneficial for our group. His experience at the highest level gave us some valuable insights on the professionalism that is needed to perform,” Laverdure said.

Smith began playing volleyball at Aquinas College in high school before relocating to the Australian Institute of Sport (AIS) in Canberra. Smith then travelled overseas to compete professionally and made 184 appearances for the Australian Volleyroos. The 2012 London Olympian provided the young Reds squad with some great tips and inspiration.

“Work smart, learn and grow in whatever you do. Volleyball is very much a career possibility for those willing to chase hard enough,” Smith said.

State League Men Captain Connor McNab spoke on the importance of the visit for the playing group.

“The squad was extremely grateful to be led at training by such an experienced volleyballer. His take on the direction of men’s international volleyball guided the session and provided the playing squad with a new perspective on how to run effective offence,” McNab said.

Smith returns to the Czech Republic this month to begin preparations for the 2022/23 Extraliga Volleyball League season. 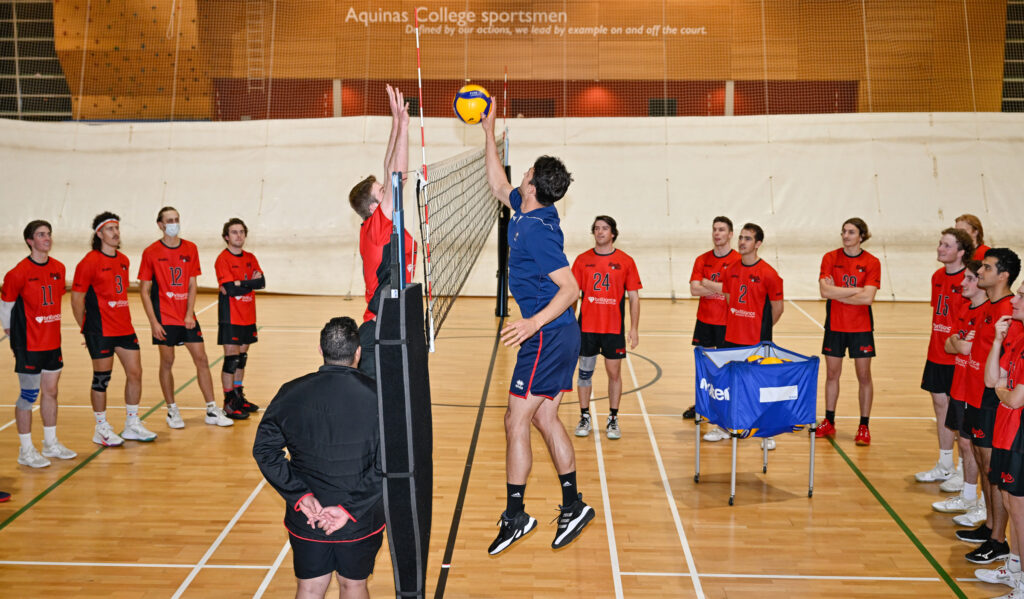